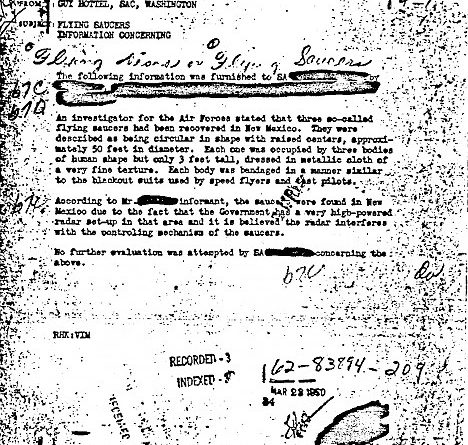 A bizarre memo that appears to prove that aliens did land in New Mexico prior to 1950 has been published by the FBI.

The bureau has made thousands of files available in a new online resource called The Vault.

Among them is a memo to the director from Guy Hottel, the special agent in charge of the Washington field office in 1950.

Proof of (alien) life? A copy of the 1950 memo that recounts the discovery of flying saucers and aliens in New Mexico. The memo has been published on the FBI website

In the memo, whose subject line is ‘Flying Saucers’, Agent Hottel reveals that an Air Force investigator had stated that ‘three so-called flying saucers had been recovered in New Mexico’.

The investigator gave the information to a special agent, he said. The FBI has censored both the agent and the investigator’s identity.

Agent Hottel went on to write: ‘They were described as being circular in shape with raised centers, approximately 50 feet in diameter. 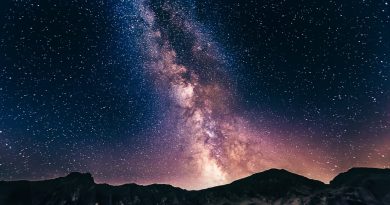 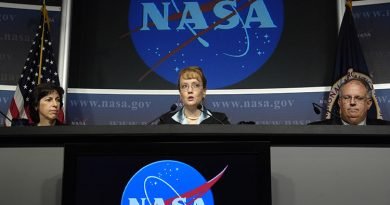